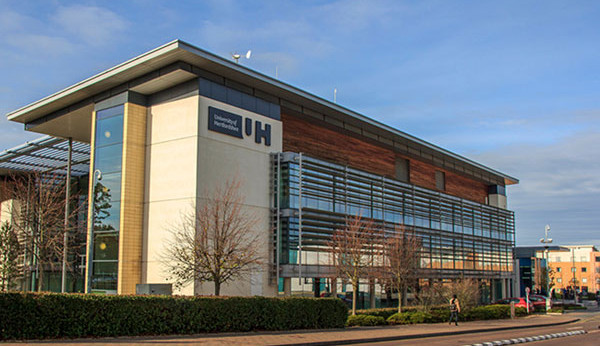 The University of Hertfordshire established a digital capabilities scoping group sponsored by the chief information officer and endorsed by the deputy vice chancellor. Group members representing the diverse interests of key stakeholders across the organisation were tasked to investigate the implementation of the Jisc digital capabilities framework and profiles to assess staff and student skills levels and identify requirements for a programme-based approach to development.

The library and computing services unit were tasked with leading on the initiative. As the university was also in the process of replacing their virtual learning environment (VLE), the establishment of the group was timed to dovetail with the introduction of the new VLE to leverage potential engagement.

The scoping group helped to establish a collaborative culture, engage as many people as possible at a strategic level and ensure the initiative was forward looking with ongoing momentum. The group is led by the director of learning and teaching and in addition to library and computing services includes representation from those involved in learning and teaching innovation; the research office; doctoral college; careers and employment service; planning, development and change; student union; student services; health, safety and workplace wellbeing and academic schools.

Objectives set by the scoping group and the mandate to explore the tool provided a strong focus for discussions with colleagues.

A workshop was held where participants were asked to review the digital capabilities framework and role profile in greater detail. Participant feedback was shared with Jisc. Following the workshop, the university was confirmed as a full participant in the formal Jisc pilot process.

Volunteers from across the university were invited to come forward and test the tool. Library staff and academic schools were particularly targeted but the call to participate also attracted an encouraging interest from other roles such as learning technologists and staff from the human resources team, academic registry and the research office.

Drop in sessions were also held to support people wishing to engage with the discovery tool and an internal promotional campaign encouraged voluntary uptake. Video bytes were recorded to share feedback on the personal benefits to staff in participating.

A total of 156 participants from the University of Hertfordshire participated in the pilot of the discovery tool including academic staff from 14 subject areas, professional services personnel and senior managers. The pilot generated discussions around the language of digital capabilities and what digital means to different people. It has provided individuals with a profile and recommended resources that they could interact with and begin to develop their skills.

It has been a fantastic resource to help raise the profile of digital capabilities and dispel some of the anxieties around this. This is helping us to win hearts and minds and create an openness that will inform a considered programme of support that aligns to broader personal, team and organisational objectives.

Additional follow on activities post pilot phase have included delivering an engaging buzzy ‘speed dating’ exercise with staff at the library and computing services unit at their development day. Staff were asked to find out the ‘digital superpowers’ of colleagues and their favourite apps which were then captured on post-its and aligned to the digital capability framework elements. This helped to raise awareness of existing strengths as well as opportunities for further skill building and expertise sharing.

The fact that both UCISA and Jisc were advocating development of digital capabilities gave us a driver and help in persuading others to engage. It would have been much harder without the wealth of resources provided: the frameworks, role profiles, discovery tool and guidance and resources - essentially a toolkit for the sector to use and adapt.

Participating in the pilot is part of a phased approach which has been achieved with a goodwill and minimal resource. It has provided data and insight that is now being used to inform the longer-term development of strategies and resources to develop digital capabilities for staff and students and the necessary resources to make this successful. The intention is to provide both online and face-to-face resources and possibly to develop a pilot learning programme based on the approach to developing digital literacy at the University of Brighton described in the Jisc case study digital literacies in professional development and the curriculum.

Four units across the university have indicated they are willing to explore the digital capabilities framework and role profiles in greater depth to gain an understanding of what this might look like in their particular context. The pilot has also generated interest from specific schools and the academic engagement manager at the university has been approached by at least one school with a request for their learning technologist to work with the pilot team on digital capabilities development.

In addition, an informal digital capabilities quiz has been developed using the new VLE as part of the university’s pre-induction open course being offered to new students coming to the university from 2017. The University of Hertfordshire intends to test out the next version of the discovery tool due for release in December 2017 and is looking forward to playing an active role in the digital capabilities community of practice.

Navigate to a section

Our digital campus: developing a digitally confident community of discovery

Enhancing the digital experience for staff and students